The mysterious task manager of Windows 10

Since its release, many people have experimented and tried to find out the mysterious features of Windows 10. People have explored a lot and have found various new things in the OS. The OS is a lot different than the previous versions of Windows. Besides a completely different UI, the Windows 10 OS comes with various new methods, programs and a completely different way of handling our applications. One thing that people are very curious about is the Green Leaf feature in Windows 10’s task manager. In this article, you are going to know about its meaning in some detail.

Windows kept quiet about this feature after releasing it. Therefore, only a few people know about it. You might have come across it too, which is probably why you’re here. The feature has created curiosity among lots of people. Some people even think that their computers have been hacked. It isn’t the case. Read on to find out what it means. 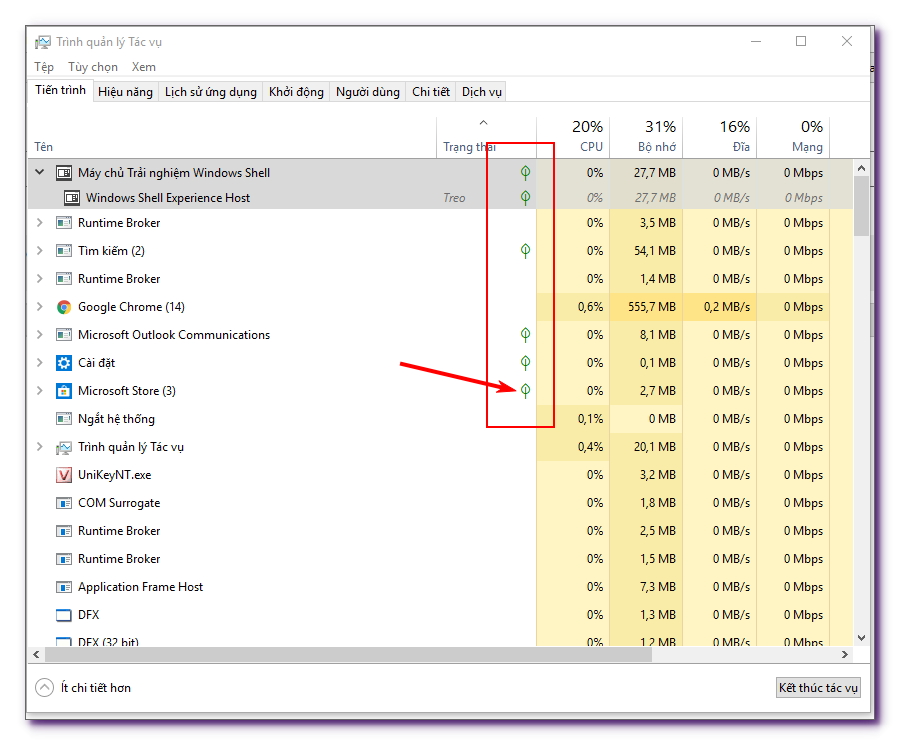 Are you running a Windows 10 PC? If the answer’s yes, please open the task manager of your PC right now and see if you can find the Green Leaf icon too. It is placed beside some of the applications you’re running. If you cannot find it, you’re probably not running the version of Windows 10 for which it was released. With the introduction of this feature it is expected that the speed and performance of your computer will increase.You’re probably very excited right now to know how it works and if it can really improve the computer’s performance.

How the Green Leaf feature works and what it actually does

This can save your computers RAM, without significantly affecting the performance of the processes. You could say that Windows puts these applications in the ‘Ready state’ or ‘blocks’ them from being executed by the processor. Windows could do it when the app requires a human input/output. Also, you won’t feel any lag because of the Green Leaf feature while switching between processes.

A blessing for computers with lower specs

It is expected that the introduction of this new feature in several versions of Windows 10 will be a blessing for computers with lower specs. The feature is so smart that it can turn your RAM more efficient than before and you can enjoy faster speeds of computing and reduced lags. By suspending the apps until you launch them the Green Leaf feature does a really good job.Also, after the app is launch you will notice in the task manager that the Green Leaf icon disappears.

Hint on how you can get the Green Leaf icon too

Well, do you also want this icon if you don’t already have it? After reading so much positive stuff about it you probably want to get it too. Here’s a clue about it.

Some weeks ago Windows had introduced this feature of the ‘Task Manager’ in ‘Windows Insider’ builds. The feature was not released for the general public. So, if you’re an insider you probably would be having it already.The update which showcased this feature’s known as Redstone 4 a.k.a. Spring Creator’s Update. You might want to check the Spring Creator’s website to learn more. You might find it in the 1803 version from the catalog.

As to conclude this article, we’d like to answer the most asked question about this feature. Is it any good? According to us, yes. From what we know about the feature, it really can optimize your computer’s performance and save some power.Also if Microsoft finds it important they might even release the feature out for the general public. People having lower spec computers might love having this feature and thank the company for it. If you try to, you can find a lot other good features of Windows 10.